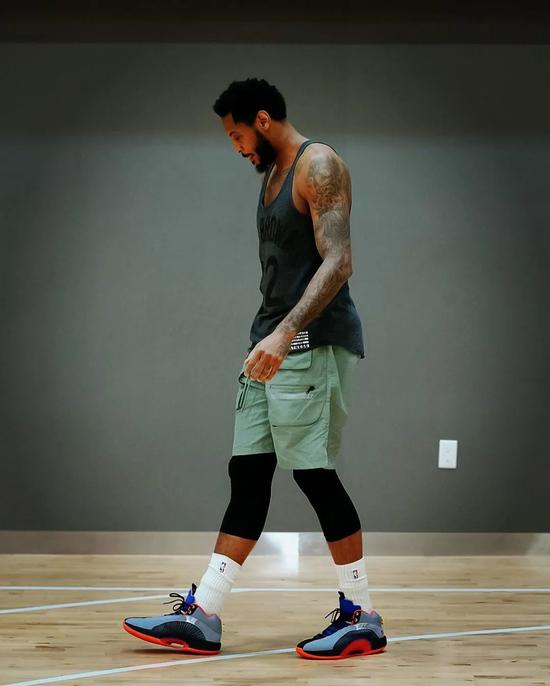 For a while, we don't know whether to say that the old man is green knot or the old man is back, Anthony has lost weight again, the melon has turned into a loofah, everything has changed.

Before joining the Blazers, Melo had no ball to play for a long time. It was not because of his declining strength, but because he seemed to have become a team poison. No one dared to use him lightly.

And everything that happened later also proved that Anthony just lacks an opportunity and environment to prove himself. If it is not a pioneer, if he does not believe in his double guns so much, maybe he is still in the free market, waiting for his salvation.

For Anthony, he does not lack money or status. He continues to play now, just to prove something. As we all know, Gua Ge is a very loyal and moral person. The pioneers treat him not badly, and he also Naturally, this team cannot be disappointed.

So we can see that Anthony devoted himself to training during the offseason. In addition to the daily chicken soup and red wine, Gua Ge’s dynamics are not only training but training.

So we saw a completely different Gua brother, even a Gua brother who has never seen before. If you want to tell me that Anthony has abdominal muscles before, I would think you are talking about nine-nine-one. If it weren't for the picture to prove, we wouldn't believe that there would actually be traces of the word "Tian" on Gu Ge's belly.

One thing is very clear. Even the Gua brother at his peak does not have such abdominal muscles, so we said before. It is really not clear whether this matter is the elder Qingjie or the Yeqinghui.

In the age of advocating small balls, speed and accuracy are equal to victory, but defense is also indispensable. Gu Ge’s weight loss can undoubtedly bring him lighter footsteps. The melon of the year can compete with Kobe competes on the defensive end and offensive end together. If this scene can be reproduced next season, then it will be the real grandfather.

There is no doubt that everyone is waiting for the return of the king of the pinnacle melon, and now his skinny figure seems to be telling us that everything is possible.

I don’t know when Guage became very religious. He started to do everything he needed to do. I have to admit that Guage has changed a lot, but the only thing that hasn’t changed is his picturesque jumper. .

I miss the offensive kaleidoscope in the peak period and look forward to the loofah next season. Finally, I will use the video to review how Anthony played that year.